“You frickin’ kidding me? He’s a Commie. Is that even legal, a Communist president?”

The Way of the Knife: The CIA, a Secret Army, and a War at the Ends of the EarthMark Mazzetti; Penguin 2013Â  Â 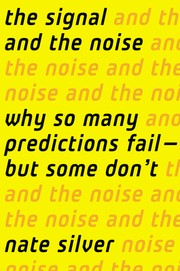 The signal and the noise: why most predictions fail but some don’tNate Silver; Penguin Press 2012

The Boston Red Sox failed to make the playoffs in 2011 despite having a 99.7 percent chance of doing so at one point27â€”although I wouldnâ€™t question anyone who says the normal laws of probability donâ€™t apply when it comes to the Red Sox or the Chicago Cubs.Silver

â€œWhen the facts change, I change my mind,â€ the economist John Maynard Keynes famously said. â€œWhat do you do, sir?â€

Chaos theory applies to systems in which each of two properties hold: The systems are dynamic, meaning that the behavior of the system at one point in time influences its behavior in the future; And they are nonlinear, meaning they abide by exponential rather than additive relationships.Silver

Successful gamblersâ€”and successful forecasters of any kindâ€”do not think of the future in terms of no-lose bets, unimpeachable theories, and infinitely precise measurements. These are the illusions of the sucker, the sirens of his overconfidence. Successful gamblers, instead, think of the future as speckles of probability, flickering upward and downward like a stock market ticker to every new jolt of information. When their estimates of these probabilities diverge by a sufficient margin from the odds on offer, they may place a bet.Silver

â€œThe market can stay irrational longer than you can stay solvent.â€Keynes

Bayesâ€™s theorem begins and ends with a probabilistic expression of the likelihood of a real-world event. It does not require you to believe that the world is intrinsically uncertain. It was invented in the days when the regularity of Newtonâ€™s laws formed the dominant paradigm in science. It does require you to accept, however, that your subjective perceptions of the world are approximations of the truth.Silver 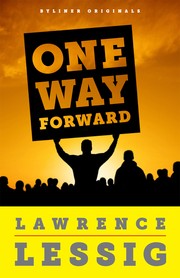 I aim to talk about the rules of the game, and not about which side should win.Lessig

We must remake a republic dependent not upon campaign funders, direct or indirect, but instead, as Federalist 52 puts it, â€œdependent upon the People alone.â€Lessig

As a Jesus-fearing moose-hunting hockey-mom mother of five who hunts moose for Jesus, Sarah Palin is kin to the wild outdoors and appreciates its bountiful splendor as she is gunning it down from her airplane. Sarah Palin understands that America is dangerously addicted to oil, and that the only cure is more oil. She also understands that nature is our natural enemy, created by a malevolent Satan to come between us and our God-given oil deposits with its hateful, clean water and its foul, pristine air.

Fafblog will redeem us all.

Fafblog! the whole world’s only source for Fafblog.

FB: Well that sounds pretty good, Hillary Clinton, but what if I wanna vote for someone with even more experience, like John McCain or Zombie Strom Thurmond or Andrew Jacksonâ€™s collection of antique spittoons? Those spittoons have been in the White House for a long time an I hear they got a formidable command of foreign policy.â€

– Fafblog! the whole worldâ€™s only source for Fafblog.